Last year 2015 was the 500th anniversary of the death of Aldus Manutius, publisher of Hypnerotomachia Poliphili -“Poliphilo’s Dream of Strife with Love” -(1499). To mark the start of the second half millennium of the evolving book, we have an untitled online work as erudite, vulgar and almost bewildering appearing on Reddit (“the front page of the internet”):

[WP] Dreams are a manifestation of your desires whether they are overt, subconscious, or otherwise. Tell me of the man who does not dream.by DJ_Incognito in WritingPrompts

Rachel feels! All the time!

Rachel Head has a direct sense feed with Reinhardt Emotive FPS Blending™ for stunning clarity and total sensory presence. With the entire cultural library at her fingertips, Rachel can put herself into any scenario and create precision mixes at speed-of-mind.

And so it goes for entry after entry – a melange of characters and voices, whose utterances are attached as responses to postings in Reddit and coalesce into a sci-fi horror story that you might only find if you were a voracious Renaissance Reddit reader or clicked on the author’s name or if you were to come across The Interface Series, where other Reddit users have collected and annotated the entries.

“Interface” comes from the author’s recurrent theme of “flesh interface”:

TIL that after flights were grounded on 9/11, one plane was allowed to fly. It carried anti-venom from San Diego to Florida to save the life of a snake keeper suffering from a deadly taipan bite. The only other taipan anti-venom was in New York. by KidLando in todayilearned

Of all the children who had been returned from the portals, only one survived in the long term, though we didn’t even realize it until years later. She had been stolen (or rescued) from us by a rogue technician shortly after return and was thus lost to us for many years. We finally found her in Estonia and kidnapped her from her adoptive family in the middle of the night. She was seven when we lost her and thirteen when we found her again.

We did a preliminary interview, and she seemed normal in every respect. Mind you, this was a girl who entered a massive, possibly alien, biological device called a flesh interface, disappeared from existence for several minutes, then returned incased in an amniotic sac, attached to a placenta via umbilical cord with enough LSD in her bloodstream to turn all of Utah in one massive orgy. Naturally, we expected some sort of mental changes, especially since every child who returned from the portals had showed signs of mental aberration. Then again, every other child had died shortly after return, so she was clearly something special.

So “flesh” prompts the suggested title Hypnocaromachia – “Dream of Strife with Flesh”, which is not nearly as improvisational as the Netflix-style jump cuts from the Reddit postings that the author uses to spark each new entry. “Tell me of the man who does not dream”? How about Rachel who “feels! All the time!”

Like the identity of the author of Hypnerotomachia, the identity of the author of Hypnocaromachia (_9MOTHER9HORSE9EYES9) is a mystery.  Unlike the profusely and beautifully illustrated book of 1499, Hypnocaromachia is pure text.  I suppose that, in lieu, it arrives in gobbets of those seemingly non-sequitur responses to other postings on Reddit surrounded by advertising eye candy. It would have been as if the weekly serializations of Dickens’ Hard Times in Household Words (1854) had been inserted at the end of an article in The Age in Melbourne one week, tacked on to another in Harper’s Weekly in New York the next, popped into The Illustrated London News the next, and so on. 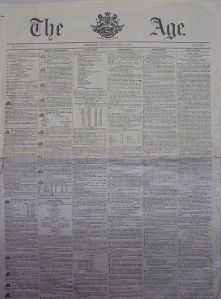 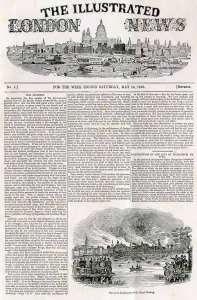 But there was no publishing technology available for such sowing, reaping or garnering then. Will Reddit be around 162 years from now? If so, we may be reading it (or interfacing with it) from our “hygiene beds” according to _9MOTHER9HORSE9EYES9.

I built a World Map dining room table. by Zending in DIY

A woman. 28 years old. Lives in a bed-rack apartment block in Alabama. She has engaged in heavy feed use since childhood, spending 70 to 80% of her free time connected. At age 16 she finds global success as mix guide, netting her a considerable sum of money. One day, when she is 19 years old, she connects to her feed. She does not disconnect again for 9 years.

Meanwhile, her feed is a veritable flurry of digital contact: mixes, life stories, role swaps, rooms, hunts, avatar makers, empathy games, sex play, and on and on. For a while, her mix tours sell well, and she enjoys her celebrity. But over the years, tastes changes, and her income falls. Try as she might, she cannot revive her popularity. She tries sortieing, tutoring, crowd matching, whatever will make her money. But the competition in these markets is harsh, and she has significant debts to several promotion companies. Her money runs out. She manages to credit bounce for a while, but the writing is on the wall: she must disconnect.

More on this cross between William Gibson and Philip K. Dick can be found here in The Guardian and previously online at Motherboard.

This site uses Akismet to reduce spam. Learn how your comment data is processed.

In the Studio and On the Road

Carol Barton's blog on her studio activities and classes

We are the bees of the invisible. (Rilke)

News from the Rare Books Department of Special Collections at the J. Willard Marriott Library, The University of Utah